Our technician located multiple leaks on this massive wave tank numbering 15 in total of the two days he spent on the detection of this facility.
As part of George E. Brown Network for Earthquake Engineering Simulation(NEES) program, the Tsunami Basin is designed as a
and is also be used by the broader community for 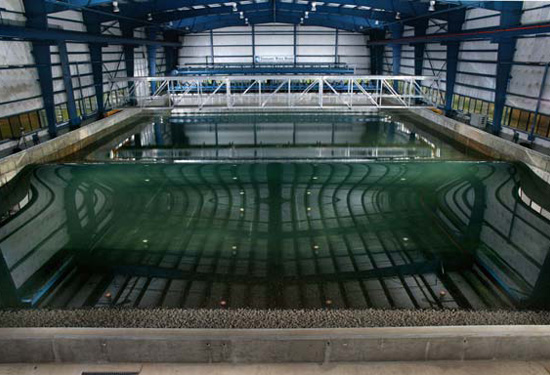 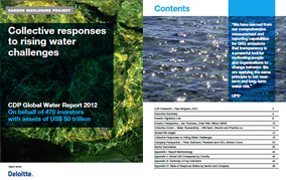 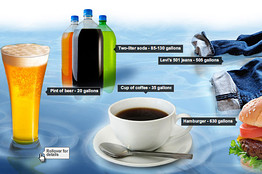 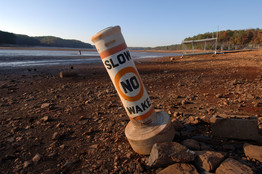 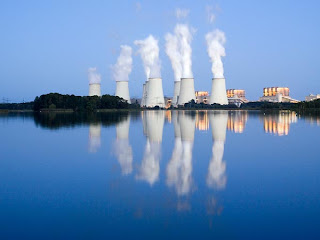 Photograph by Bernhard Classen, Alamy
The global increase of coal power, along with the coal industry's
adoption of new technologies, will drive the largest share of water
consumption for energy use through 2035, according to the IEA.
Pictured: Germany's Jaenschwalde coal plant.
The amount of fresh water consumed for world energy production is on track to double within the next 25 years by 2035 according to projections by the International Energy Agency (IEA).
According to IEA's forecast the largest strain on future water resources from the energy system would be the soaring coal-fired electricity and the ramping up of biofuel production.
If today's policies remain in effect the IEA calculates that water consumed for energy production would increase from 66 billion cubic meters (bcm) today to 135 bcm annually by 2035.
That amount equals the amount of residential water use of every person in the US for three years! That amount would be equal to  four times the volume of the largest US reservoir, Hoover Dam's Lake Mead.
More than half that drain would be from coal-fired power plants, and 30 percent would go to biofuel production. The IEA estimates that oil and natural gas production would account for 10 percent of global energy demand in 2035! 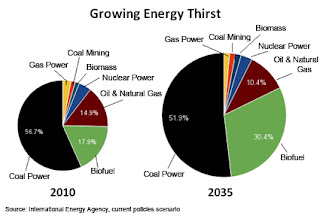 Since 1990, the folks at American Leak Detection of Southeast Louisiana have been listening for problems.  They’re in the business of finding leaks in residences and businesses.  They also find leaks in swimming pools.
“The leak could be under the slab, outside or behind the wall,” owner Laura Kleinpeter said.
She and her husband Greg are owners of the local franchise which uses non-invasive, state-of-the-art technology to locate leaks.   The equipment helps the customer save money and avoid unnecessary property damage.
In fact, Kleinpeter said, the first sign of a problem could be a sudden hike in your water bill or a drop in the water level of your swimming pool.
Leak technicians do a lot of work with insurance companies locating water and sewer leaks.  The first thing many people do when water shows up in their house is call their insurance company.  The insurance company then contacts American Leak Detection to locate the problem and deals directly with the insurance company.  If a plumber is contacted first, the plumber will call the leak technician with the information on the job and go out to locate the problem.
Leak technicians don’t make the repairs- they’re not plumbers. But they can locate the leak so the plumber can make the repairs without guess work.  If the problem is found underneath the slab, a diagram will be drawn showing where the leak was located.
Many times a pool owner will notice an unusual amount of water being added to their pool daily or the need for more chemicals than usual.
“We tell people your pool should not lose more than 1/8”-1/4” water per day to evaporation,”  Kleinpeter said. “If it’s losing more than that, you could damage the structure of your pool which could cause expensive repairs down the road.”
The company serves Southeast Louisiana, from the Atchafalaya Basin to Mississippi. The Kleinpeters started their business after visiting a cousin in Houston who owns an American Leak Detection franchise.  They signed on and went through extensive training to open the local office.
“We felt like there was a need for this service in the Baton Rouge/ New Orleans area,” she said.
They knew there was a need, and rightly so.  Houses and pools settle.  Foundations crack.  Pipes flex and crack.  Even a lightening strike can damage plumbing and cause a leak, Kleinpeter said.
“Sometimes if there isn’t a crack in the slab the water is evaporating and going into the soil under the house and the homeowner may not know they have a leak until they get an extremely high water bill.,”  she said. “If the problem goes on for a while it can do damage to the slab. “
~Courtesy of https://AmericanLeakDetection.com
Posted by Unknown at 2:44 PM 3 comments:

The issue of water conservation is fast becoming an important one, as clean water is  becoming a scarce commodity in many parts of the globe. There are various ways of how our most precious resource is wasted such as leaking pipes, water flowing in toilets and leaky faucets. One of the biggest culprits for wasted water is due to old pipes that burst from rust, poor quality and insufficient corrosion protection. If you have experienced an increasing water bill that is always a sure sign that you have a leak. It is important to act immediately once you realize your water bill has increased.

There are various leak detection instruments that can be used to locate the source of a leak. There are certain areas that are more prone to leaks such as the area near your dishwasher, and under toilet tanks. Once a leak is detected it must then be fixed immediately to prevent massive damage. Electronic and sonic listening equipment can be used to locate hidden leaks under landscaping as well as concrete and asphalt.

If you suspect a leak don't hesitate to have the situation assessed. It will save money and possible future damage. 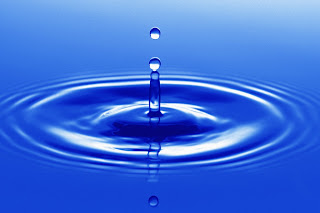 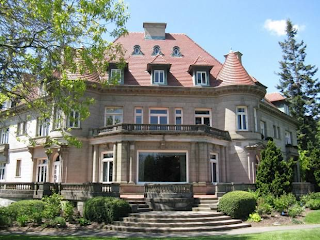